Our Board of Directors provides fundraising strategy through financial support and fiscal responsibility, relational advocacy through ethnic and cultural diversity and geographic partnerships, and organizational accountability through spiritual direction, professional development, and vision rehearsal. Those members are: 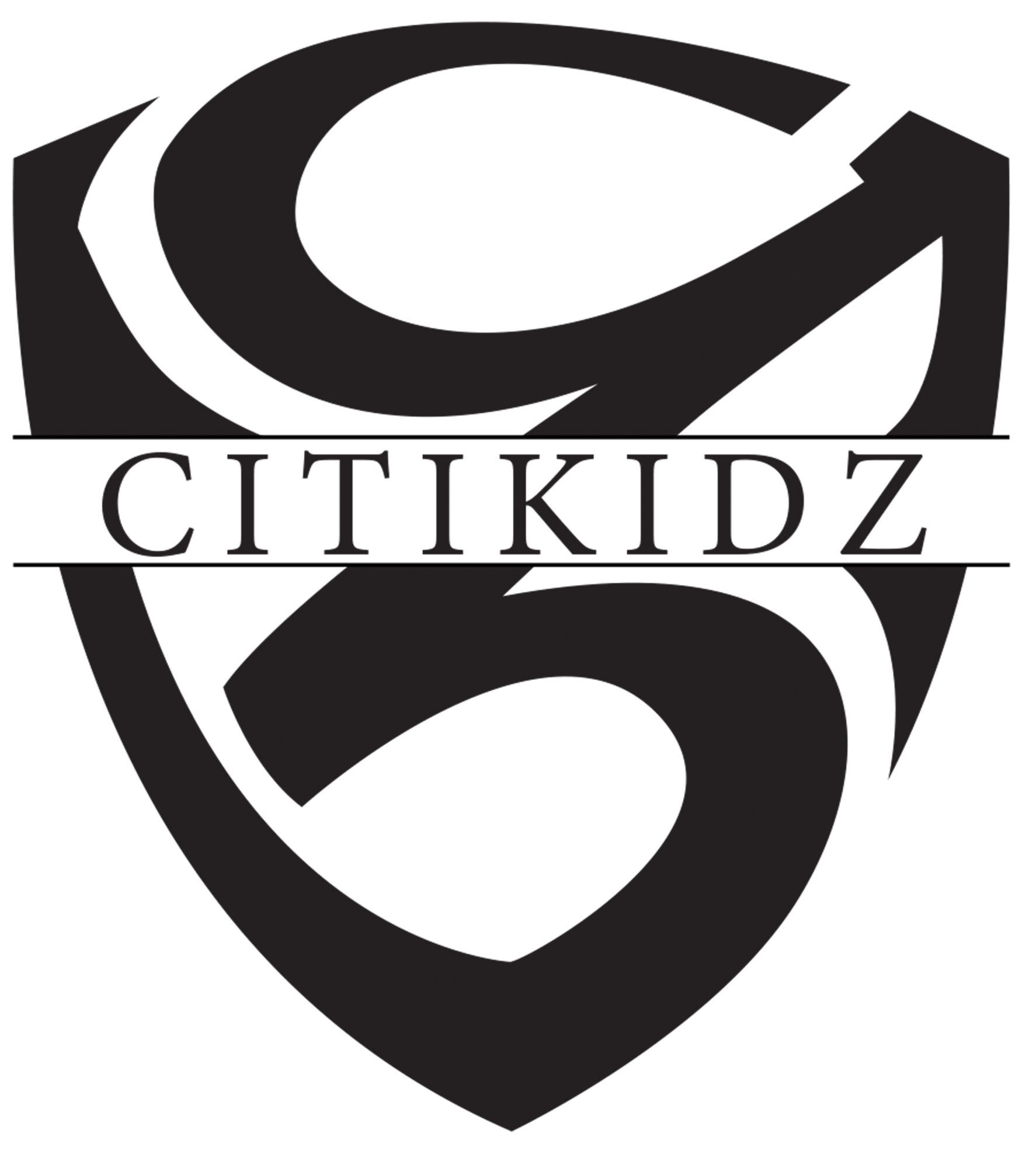 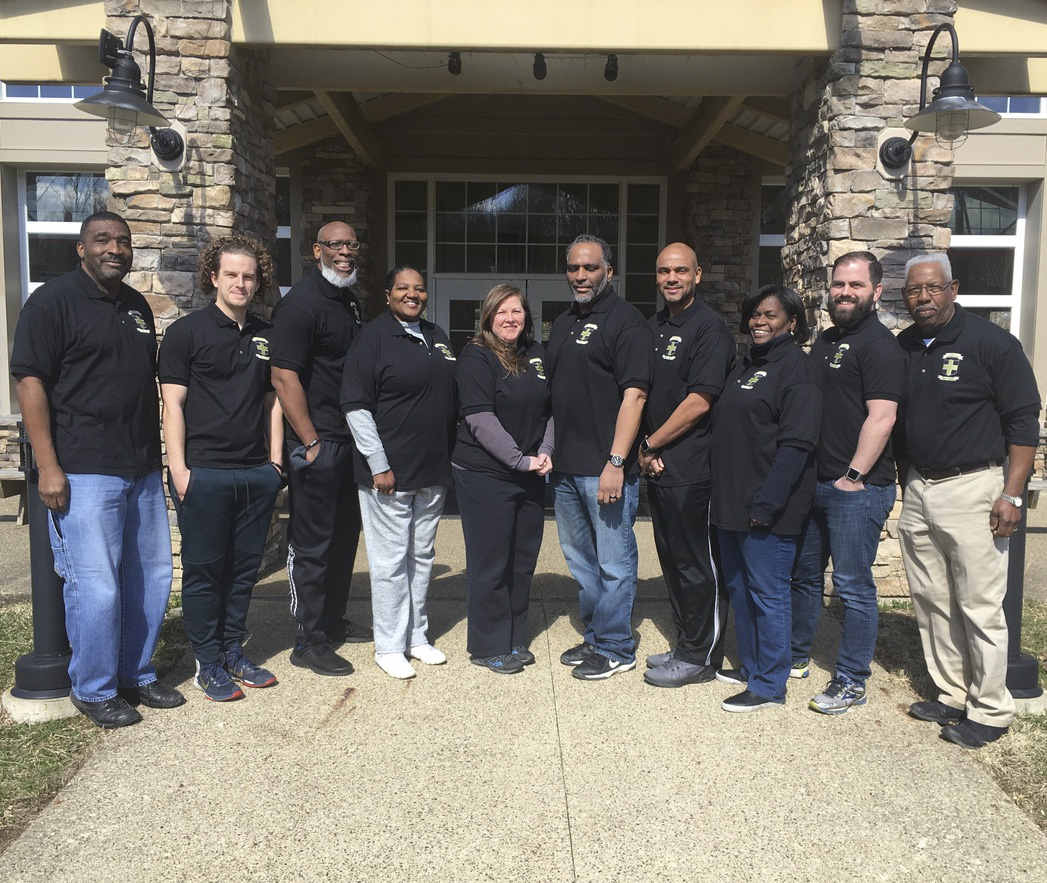 Kaleos are the backbone of Citikidz. They are the called, connected, committed leaders in their cities, churches, communities, and corporate spaces who engage in restorative work for the glory of God and the good of the people evidenced by activity pointing to Christ. We call that redemptive business. They also attend camp with students in the summer to relax, refresh, and reenergize. We could not be who we are, nor do what we do without them. Several kaleos serve on a committee that we call the Kaleo Council, providing us advice, wisdom, and insight to the needs in urban areas so that we can continue to provide relevant programming that fills the needs of all who come.

Timotheus Pope is a passionate, fun-loving, cartoon-crazed, out of the box, little boy trapped in a grown man’s body. T. Pope is a graduate of Mary Washington College with a BA in Religion and concentration in Philosophy, started working at camp in 2004, and is now the President/CEO of Citikidz. He married his wife Kendra, who is a graduate of Ole Miss, in 2006 and together, they have eight children: Simeon, Jada, Kayla, Judah, Susanna, Charity, Asher, and Haven. Pope’s favorite superhero of all time is now  the Black Panther, closely followed by Batman and Spiderman, he is a Green Bay Packers fan, and basketball is his sport of choice. 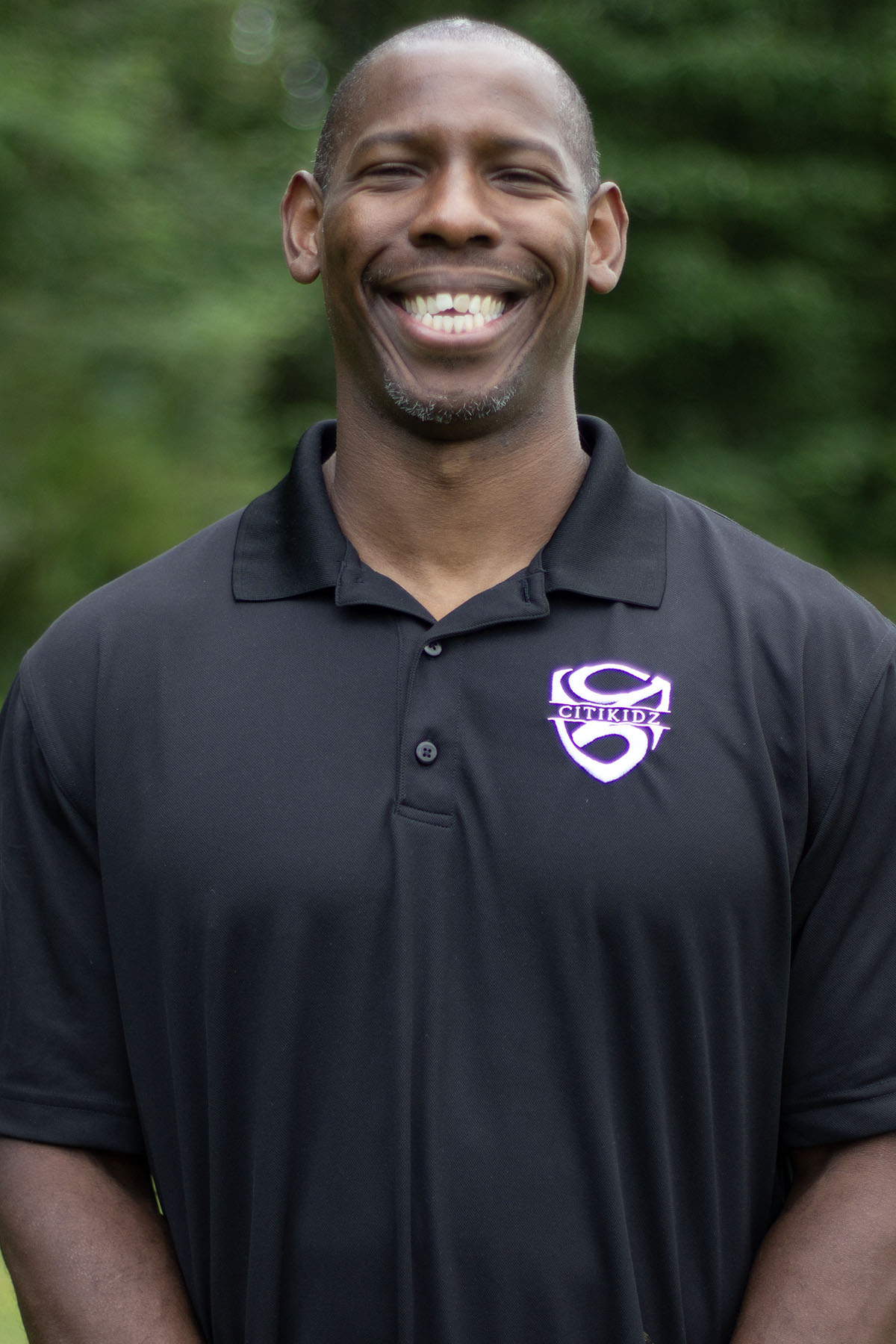 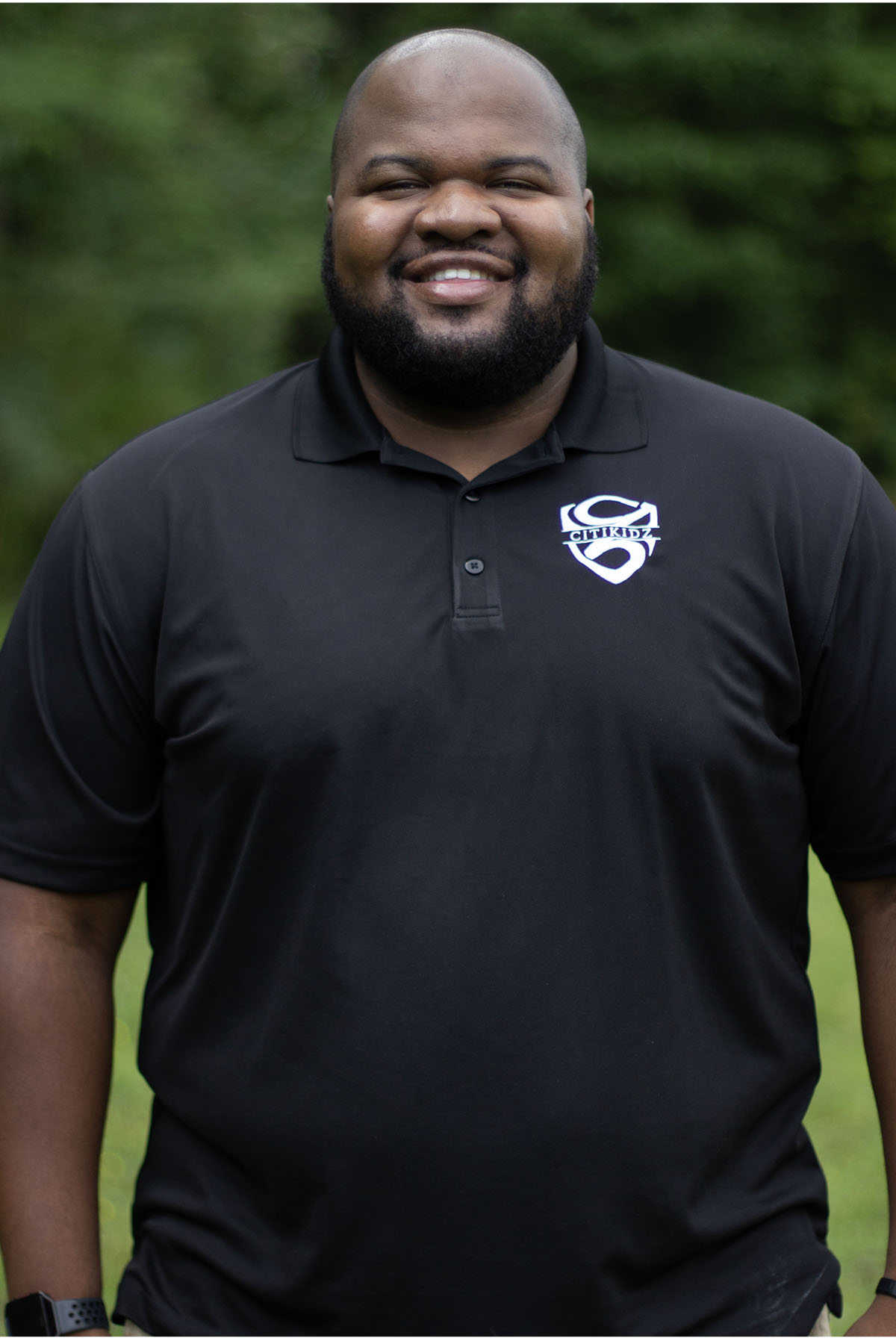 Alan Jones is a 2012 graduate of James Madison University with a Bachelor of Arts degree in Political Science and a 2014 graduate of JMU with a Master’s degree in Public Administration, with a concentration in Public and Non-Profit Management. Alan began serving at camp in 2013 and joined the full-time staff in 2015. He serves as the Director of Finance. He married his beautiful wife Kenisha, who is also a JMU grad, in 2015, and they have three sons, Ezekiel, Moses, and Theo.

Dominique Scott is a 2010 graduate of James Madison University with a Bachelor of Science degree in Communication Studies. He began at Citikidz in the summer of 2007, joined the offseason team as a Student Ministry Associate with New Day, Inc in 2010, and transitioned to the full-time staff in 2016. He is married to the elegant Sharae Scott, also a graduate of JMU, and they have five children: Nehemiah, Gabriel, Eli, Eliana, and Micah. He serves as the Director of Staff, his favorite film franchise of all time is “Rocky,” he is a passionate Cowboys fan, and an overall sports enthusiast! 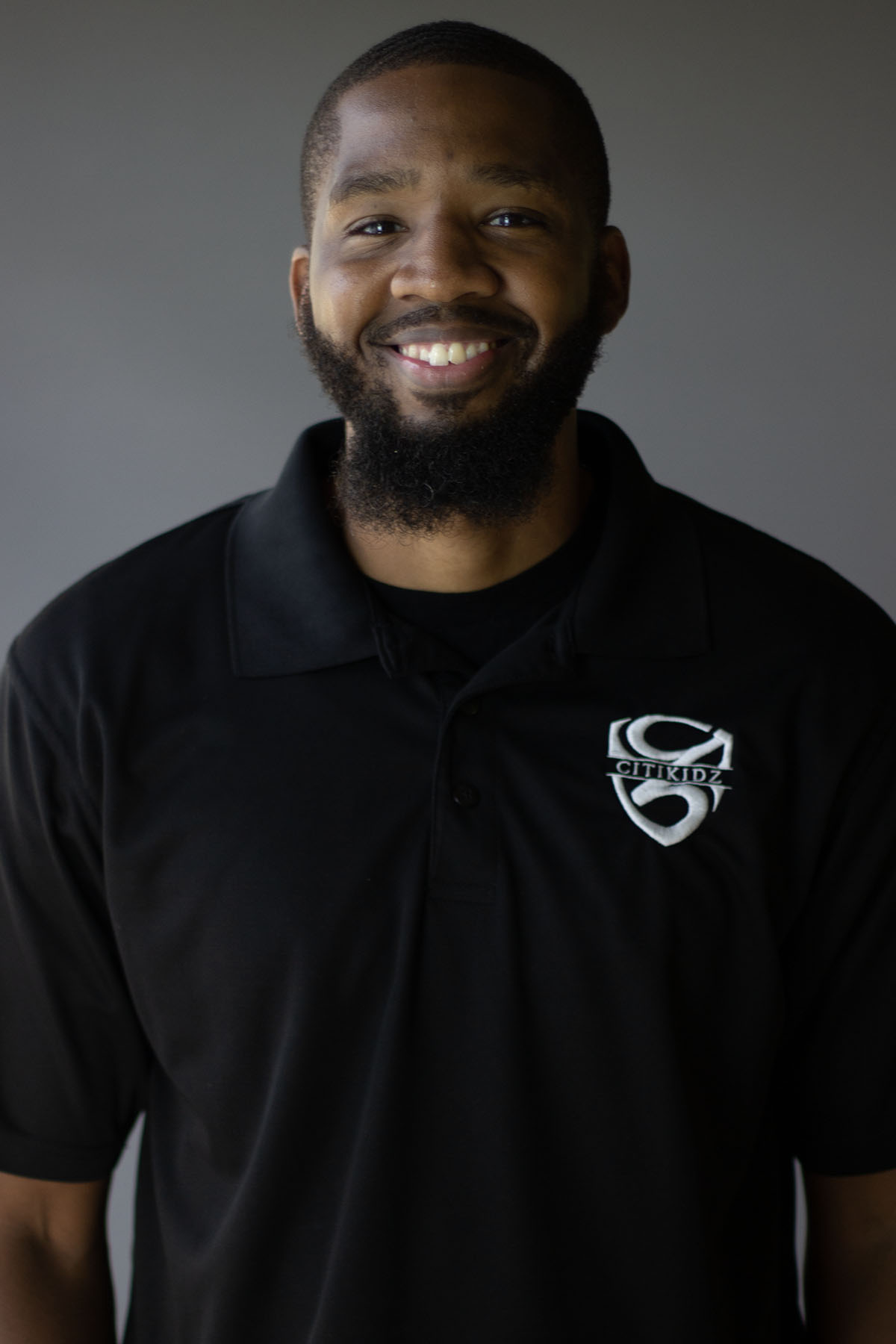 Jesaiah holds an Associates Degree in Ministry from The College of Biblical Studies. He married former Citikidz staffer, Abbey Reed, in 2017 and they have been blessed with two sons, Travis and Jeremiah. He enjoys family time, basketball, and board games. Prior to joining the full-time staff in 2022 as our Assistant Director of Staff, Jesaiah spent 6 years in camp serving in various roles. He is a native of Houston, TX and loves all things Houston.

Brion Elliott Jr. is from Woodbridge, VA.  He is a former collegiate athlete and graduate of Lancaster Bible College where he received his Bachelor of Science degree in Business Administration. He began at Citikidz in the summer of 2022, after completing a Titanium Summer, and signed onto the full-time staff that September as the Director of Kaleos. He loves the Philadelphia Eagles and Chicago Bulls, is a singer and worship leader, and filled with hidden talents! 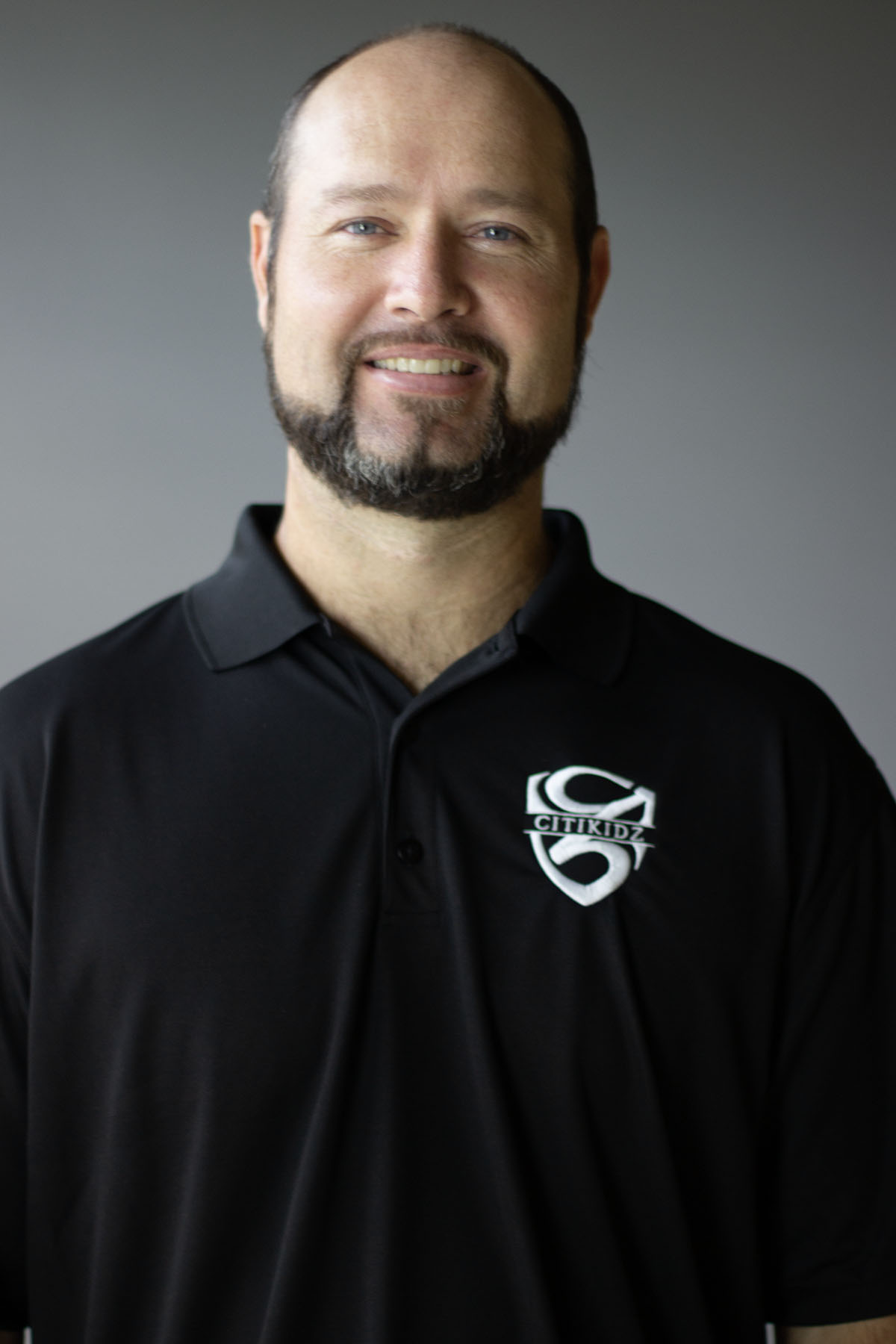 Brandon Claycomb serves Citikidz as the Director of Facilities, spending his time maintaining buildings and vehicles, beautifying our property, and stewarding all equipment with the best of care. He began volunteering at Citikidz as early as 2011, joined part-time staff in 2014, and transitioned to full-time staff in 2016. He married Dr. Christy Claycomb, a veterinarian, in 2002 and they have five children: Briar, Gage, Nash, Tad, and Ridge.

Abbey Reed is a 2016 graduate of Hillsdale College with a Bachelor of Arts degree in Economics and International Business and a former collegiate athlete. Abbey served at Citikidz for seven summers before joining our offseason staff part-time as the administrative director. Abbey is a native of Troy, Michigan and prior to moving from Houston, TX was a  teacher and coach at Providence Classical School for 6 years.  Abbey Reed is married to Jesaiah Reed, and they have two sons, Travis and Jeremiah. Abbey loves basketball, competition, and logistics.